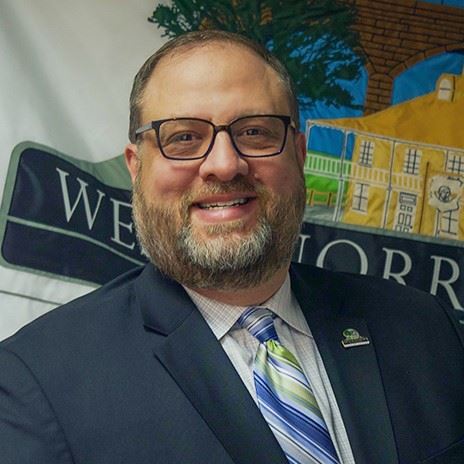 Marty Miller has been a pharmacist since 2000 and has worked in various practice settings, such as retail, long-term care, and mail order.

Marty has a Bachelor’s degree from Temple University, and he earned the Doctor of Pharmacy degree from The Philadelphia College of Pharmacy and Sciences (now called USciences). He holds active pharmacist licenses in six states.

Marty was on “Jeopardy!” in 2006. He loves trivia, golf, and watching sports. He is a ”4-for-4” Philadelphia pro team fan (Eagles, Sixers, Phillies, Flyers) and has a goal to see baseball games in all the major league stadiums.

His wife Crystal is on the Zoning Hearing Board and works for a major health insurance company as a chief of staff. Crystal also works part-time as an attorney. She is a graduate of the University of Alabama (Bachelor’s and Master’s degrees) and Temple University (Juris Doctor).

The Millers moved to West Norriton in 2012 and truly enjoy being residents of the township.

Marty works for a Medicaid/Medicare pharmacy benefit manager. He is committed to helping providers and patients find safe and effective ways to manage their conditions at a lower cost.